Home › Blog › Are The Spiders In Torrington, CT Dangerous?

Are The Spiders In Torrington, CT Dangerous? 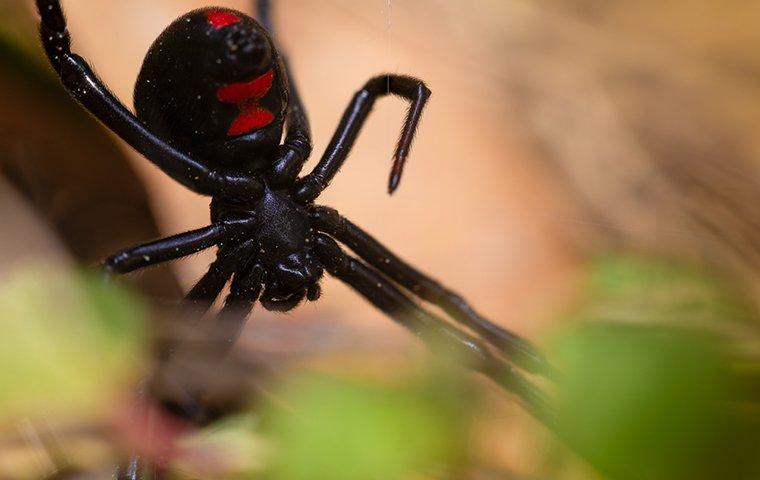 The southern and northern black widow spiders generally look alike. The adult female black widow spider is shiny and black and has a red mark on her abdomen that resembles an hourglass. She is 8-10 mm in length with long slender legs. However, both the male and the immature female look different. The male is 3-4 mm long with a long abdomen. The joints of his legs are orange-brown inside with black on the outside. His body is black and has four pairs of black and white stripes on the side of his abdomen. Immature females are orange, brown, and white. They become darker with every molt. All forms of the black widow spider have venom from the moment they hatch.

Brown recluse spiders are some shade of brown, from light tan to a darker brown. They are not native to Torrington, but isolated sightings have occurred when they arrive in produce boxes or other boxes. The brown recluse is one of the most misidentified spiders in the United States. These spiders are about 9 mm in length with long legs. They have six eyes arranged in pairs. They have a mark on their back that looks like a violin with the violin's body close to the eyes and the neck toward the back. Males and females are similar in appearance.

Where These Spiders Live

The best way to avoid a bite from these spiders is to be on the lookout for them. They usually bite when they are in an item of clothing, a shoe, or bed linens and get crushed or otherwise injured. Be sure to shake these things out before using them.

Black widows live where there are other invertebrates for them to eat. They like dark, quiet spaces such as under a stone, in a log, or the corner of the garage, basement, or shed. They often build webs in vacant rodent holes. Black widow webs are messy. They often have an egg sack on the bottom of the web, and the spider will defend it vigorously.

Symptoms Of Being Bitten

The bite is painless but can create two fang marks. One to two hours after the bite, pain starts in the nerves. Some people do not get sick, but others become nauseous, have chills and fever, a rise in blood pressure, can’t urinate, skin burns and fatigue, motor disturbances, breathing difficulties, constipation, and sore muscles in the abdomen. These symptoms generally go away after three to four days.

Around 90% of brown recluse bites cause no symptoms or just a red papule around the bite. About 10% of the bites result in tissue death around the bite. The skin turns black and sloths off. The wound can take up to six months to heal and may require surgery. Less than 1% of bites result in symptoms that are systemic. These are hemolytic anemia and kidney injury, usually in children, and can kill.

Because these spiders are so dangerous, it is unwise to attempt to get rid of them yourself. Contact Rescue 1 Pest & Termite Control for help. The first thing we do is a thorough inspection of both the inside and outside of the house. Based on that, we develop a home pest control treatment plan. We can come out at regular intervals and make sure the treatment stays potent. Call Rescue 1 Pest & Termite Control today to get rid of the dangerous spiders in your house.

Complete the form below to request your no obligation estimate.

And these are just a few! View our many reviews below:

“ Excellent response time. Guy who came was very nice, didn't try to provide services we didn't need. He explained everything.”

“ Garrett was wonderful! Very professional, on time, and friendly. Would recommend to everyone. Excellent service!”

“ Stefanos Drougas Was awesome! I couldn’t have asked for a better technician. I’m extremely grateful for the work he put in. I will continue to use Rescue 1 in the future.”

Rescue 1 Pest & Termite Control received an average rating of 5.0 out of 5 stars from 9 reviews. 5.0